Chances are that if you're visiting Costa Rica you'll want to hit up a park or two. The Nicoya Peninsula is scattered up and down with them, enticing visitors with their dry tropical forests, underground caves and potpourri of wild animals. The hiking and sightseeing is generally quite good, providing travelers with the chance to spot monkeys, snakes, frogs, birds and bats. 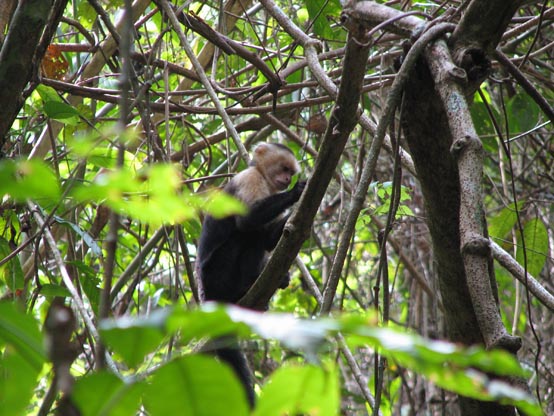 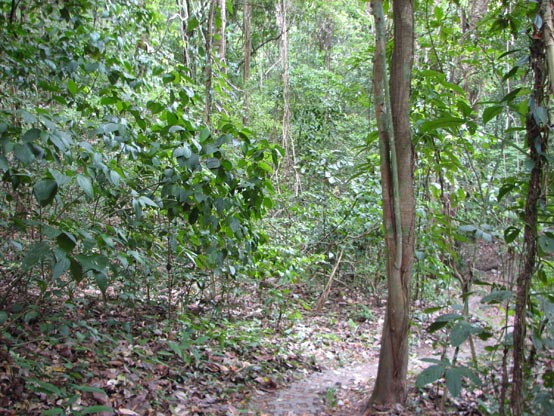 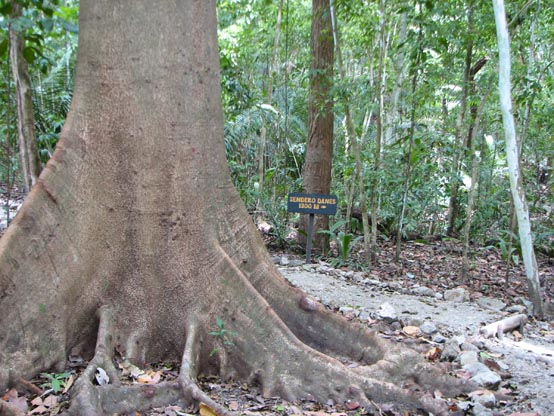 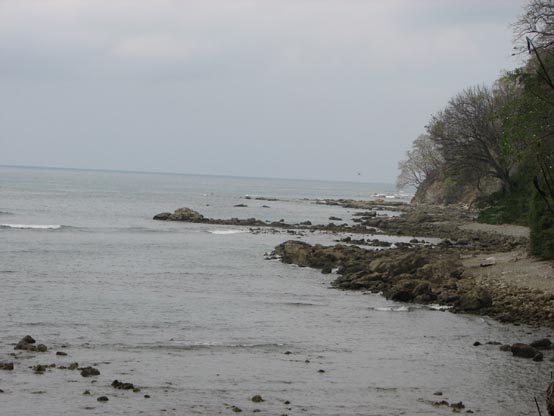 The Cabo Blanco Absolute Nature Reserve (CBNAR) is located on the southernmost tip of the Nicoya Peninsula. As Costa Rica's oldest national reserve, Cabo Blanco has a long and impressive history of conservation.

The reserve – which was established in 1963 by two Swedish immigrants – is the result of landowners and conservationists getting together to protect their locale from overdevelopment. By doing so, Cabo Blanco's founders set the match that would ignite the rest of the country on a move towards greater environmental protection and the promotion of ecotourism.

At 2,896 acres (1,172 ha), Cabo Blanco covers a variety of ecosystems and helps to protect a rich diversity of plant and animal species. It's spread with moist tropical forest, of which some 15% is primary. 150 varieties of trees dominate the landscape, including both evergreen and deciduous species. As you make your way along the 3-mile (4.5-km) Sueco Trail, search for lancewood, bastard cedar and trumpet trees, as well as anteaters, sloths, and three types of monkeys (howler, spider and capuchin). The Sueco Trail stretches north to south along the entire reserve and leads to a secluded white-sand beach. Here, visitors will enjoy cooling off in the ocean or refilling their water bottles at a clean tap.

If you're driving west from the ferry docks at Paquera you'll pass the Curú Wildlife Refuge in just 4 miles (7 km). Set near the coastal town of Curú, this refuge is privately owned and part of a larger farm. Created in 1983 – two years after the area's wet and dry forests received protective status – it rests on 208 acres (84 ha) of the larger 3,696-acre (1,496-ha) farm. Of the farmland, 75% is protected forest and 20% is dedicated to low-impact agriculture.

Curú connects to the Biological Wildlife Corridor of the Nicoya Peninsula, a broad strip of forest that allows animals to migrate between the peninsula's interior mountains and the estuaries and mangroves that dot the coast. For this reason, Curú is of vital importance to animals that rely on both the forest and ocean to survive.

The refuge is located along the coast and in the nearby forest. It covers five different habitats – including marine zones, mangrove swamps, tropical dry forest, moist forest, and farmland – and helps to protect some 232 species of birds. Common sightings include white-fronted amazons, laughing hawks, motmots, herons and woodpeckers. Scarlet macaws have been reintroduced in the area and can often be seen flying beneath the trees when the sunlight is fading. Other animals include anteaters, coyotes, ocelots, margays, coati, and armadillos. The mangrove swamps, fed by the winding Curú River, are of vital importance to the area. Their nutrient-rich mud helps support the small organisms that form the basis of the entire marine food chain. During the nesting season, leatherback, hawksbill and olive ridley sea turtles use the park's beach to lay their eggs.

Although Barra Honda isn't in the area immediately surrounding Malpaís (it's located 130 km to the north, about a 2-hour drive), it is one of the peninsula's most spectacular destinations and one of the country's most unique national parks. In contrast to the jungle-ish atmosphere that dominates many of the country's best-known parks, Barra Honda is primarily underground. An intricate system of limestone caves spreads beneath the earth, offering visitors a chance to see a variety of rock formations, including both stalagmites and stalactites. The consistent dripping of rainwater onto calcium carbonate has created these formations, most of which have taken thousands of years to grow.

Barra Honda was initially explored during the 1960s, though to this day only 19 of the 42 caves have been surveyed. Its deepest point is Santa Ana, which plunges some 787 feet (240 m) into the earth. The Hall of Pearls offers up excellent examples of stalagmites and stalactites, while the Mushroom Hall is dotted with flat formations whose outlines resemble the tops of mushrooms. What's more, the park protects a number of endemic species, including blind salamanders and certain types of fish that exist only at Barra Honda. Bats populate the dark corners of many caves.

Barra Honda can be explored above ground as well. Several trails wind through the 5,670-acre (2,295-ha) park, offering visitors a chance to spot monkeys, coatis and anteaters in the dry tropical forest.

Guides accompany tours and all visitors are equipped with a rappelling harness and helmet. There won't be any rappelling on this tour, though; the harness is only a security device used for descending one of the aluminum ladders.